This afternoon festive program will feature array of Christmas themed pieces from Canada and the world and also a selection of Italian opera overtures and arias. Soprano Inga Filippova Williams and tenor Stanislas Vitort will join the orchestra under the baton of Maestro John Palmer. 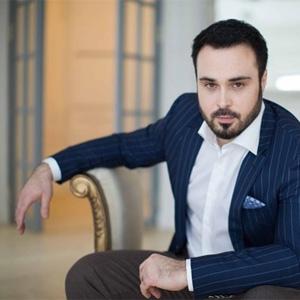 Stanislas Vitort has graduated with a Master on Music in Operatic Arts from the Moscow Tchaikovsky Conservatory of Music. In 2009 he was a finalist of the International Competition "Luciano Pavarotti". He has also received The Canadian Broadcast Corporation Galaxie Rising Stars Award as well as the Special Prize of La Piste aux Espoirs Competition in Tournai (Belgium). He has also appeared at Music Niagara International Opera Theatre, The Centre for Opera Studies in Sulmona (Italy) and Le Festival de Radio France in Montpellier. Mr. Vitort was also a leading performer in goodwill concerts for AIDS relief 'We Will Rock You' with members of the international rock band Queen and participated in Montreal Jazz festival as a member of Toronto based group 'Smooth Jazz'.