This festive program will feature a variety of Christmas theme pieces from Canada and world in addition to the Italian operatic repertoire.

The event is supported by the Italian Culture Institute, Italian General Consulate in Toronto, Villa Charities. 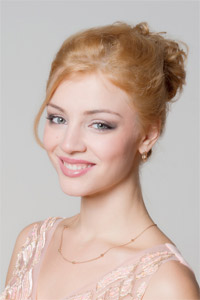 Anastasia Pogorelova, soprano, was born in Moscow where she studied at the College of Musical and Theatrical Arts. In 2015 She obtained her Master’s degree in Opera and Chamber Music as well as Teaching from the Gnessin Russian Academy of Music in Moscow under the supervision of professor Valentina Levko.

As a student, she regularly sang in Vishnevskaya Children’s Theatre performing in Italy, Spain, Bulgaria and throughout Russia.In 2012 she won the 2nd place in the Kabalevskiy International Competition in Moscow. She has appeared in concerts in Florence, Italy (2013), Ischia, Italy (2013, 2014, 2015, 2016, 2017), and Salzburg, Austria (2014). During this period, she was an active participant in master classes with Ines Salazar, Janet Perry, Mikhail Hallak, Mary Pinto, Robert Lombardo, David Blackburn and Michael Paul.

While studying in the Academy Anastasia performed in Mozart's "La nozze di Figaro” as Susanna and Barbarina. She sang several times at the Opera Night Project in Moscow under the direction of Haik Grigoryan. After graduating, Anastasia continued her vocal training with Maestro Michael Paul in New York. She recently moved to Toronto and performs with the Belle Voci Ensemble led by maestro Paolo Busato as well as a recital artist. 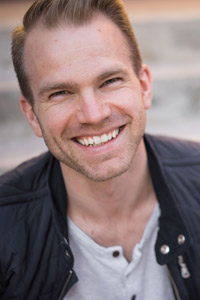 Tenor Conrad Siebert spent his childhood in Colombia and returned to the Canadian prairies where he studied philosophy and music before beginning a career in opera.

Since then he has portrayed the roles of Ferrando in Così fan Tutte (Manitoba Underground Opera), Ottavio in #Uncle John (Against the Grain Theatre), Nemorino in L'Elisir d'Amore (Centre for Opera Studies in Italy), Ramiro in La Cenerentola(OperaNuova), Alfred in Die Fledermaus (OperaNuova), and Frederic in The Pirates of Penzance (G&S Society of Winnipeg), among others. He is a graduate of the University of Toronto Opera School, where he was Peter Quint in Britten's Turn of the Screw.

As a concert soloist he has appeared with various Winnipeg ensembles including the Winnipeg Symphony Orchestra, most recently in Handel'sMessiah. Now in Toronto he has been soloist with Tafelmusik, Orpheus and Durham Philharmonic choirs. Credits include Mozart's Requiem, Bach's Magnificat, B Minor Mass, various Cantatas, Gounod's St. Cecilia Mass, and Beethoven's Mass in C. He has also won numerous prizes for his sensitive interpretation of Lieder and Art Song. 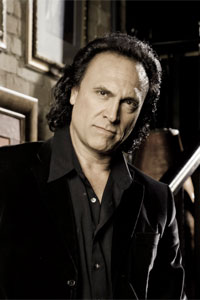 Maestro Paolo Busato studied in Paris, Sienna, England, Toronto, and the US, earning his Masters of Music and a Prix D’Excellence in Paris in Organ Performance and Intepretation as well as a Laureate from L'Accademia Chigiana in Sienna in orchestral conducting with Franco Ferrar. His further orchestral studies included: L'École Superiere de Musique, Paris, France with Maestro Pierre Dervaux, Accademia Santa Cecilia, Rome, Italy, with Maestro Leon Barzin and Loma Linda University, California,with Maestro Herbert Blomstedt. During his years in Paris, Paolo Busato was conductor for the Canadian American Orchestra. The Maestro was a private scholarship winner and student of Canadian Composer Samuel Dolan with whom he was a founding member and conductor for the Canadian Contemporary Music Workshop. Maestro Busato conducted this group until he passed the baton in 1987 to Gary Kulesha. He’s had a career that spanned the globe from France, Germany and Italy, performing for heads of state and church and playing piano with Pavarotti and then to Canada, the United States and here in Toronto He has released several albums, choral, instrumental and vocal, which can be found on itunes. In the Italian Community, Paolo has conducted, the Coro L’Italia Aquila, Coro Fruili, Coro Veneto, and Columbus Belle Voci (and Il Solisti) and started the St Charles Choir School. He is an extraordinary concert organist and beautifully trained Baritone.